A new visa route for people from Hong Kong with British National (Overseas) status is due to be launched in 2021.
1st October, 2020 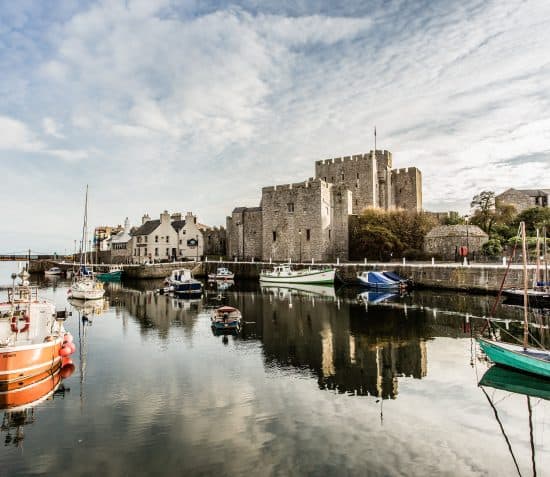 The visa will enable BN(O)s and their dependent family to live in the UK for up to five years. Children over 18-years-old may, in compelling circumstances, also move with their parents provided they are still dependent on them. After five years they will be able to apply for permanent settlement and in turn British citizenship, subject to meeting all the eligibility criteria. Similar provision looks set to enable people to move to the Isle of Man on a similar pathway.

BN(O)s are connected to Hong Kong and have a special category of British nationality allowing them to visit the UK and Isle of Man freely. However, for longer stays for work or study BN(O)s require immigration permission. The UK created BN(O) status as part of its handover arrangements for the sovereignty of Hong Kong in 1997 and it hasn't been possible to get BN(O) status since then – as of April 2020 slightly fewer than 360,000 people have a valid BN(O) passport.

The announcement of this new immigration route has generated considerable interest particularly in the Isle of Man which has a history of attracting international families with its high standard of living, low crime rates and open spaces. As well as the quality of life the Island has numerous financial advantages over the UK including no capital gains tax, no inheritance tax, no corporate tax, low rates of personal income tax and a tax cap of £200,000. The Isle of Man Government offers a range of support schemes to assist starting, growing and developing businesses including financial grants, loan and equity investments as well as training and business mentoring. Last year more than £4.5 million was invested. Unlike the UK the Isle of Man does not levy an NHS Surcharge which currently stands at £400 per person which would save a family of four £8000.

The finer details of the BN(O) visa have yet to be announced and for those who don't want to wait until the new programme opens in 2021 or get caught in long delays if there are large numbers of applications there may be more advantageous options.

Those without BN(O) status or who are aged between 18 and 23-years-old and no longer dependent on their BN(O) parents may find the Business Migrant visa – either the Innovator or Start Up route, as the best way to relocate to the Isle of Man.

The BN(O) visa is also politically controversial. The Chinese Government has strongly objected to the new visa and has said it will stop recognising BN(O) passports as valid travel documents – it is unclear how much this will affect BN(O)s ability to travel to and from Hong Kong.

Other visa options to be considered also include the Isle of Man Innovator visa which allows for an application for Indefinite Leave to Remain after three years and British citizenship after five years.

ILS World has helped many international individuals and their families on all aspects of immigration successfully assisting clients from UAE, Africa, Hong Kong, India and China. Our hard-working specialists understand and are experienced at dealing with the complex issues surrounding immigration and take clients through the process in the shortest possible time and with the least amount of stress.

If you are contemplating applying for a second residency or passport under any investor programme there are many factors to consider. ILS World helps determine which programme will by the most beneficial to each individual and their family.

ILS World has a comprehensive series of briefing notes explaining what it is like living and working in the Isle of Man, explaining its culture and unique heritage, detailing its medical and educational provision and how business is supported.

To discuss relocation and visas please contact Richard MacNee at richard.macnee@ils-world.com or read more about Immigration.